I want to start this first post by stating that I love living in South Jersey. Being just 20 minutes from Philadelphia, 45 minutes to an hour from Atlantic City, and being surounded by a million awesome restaurants, southern New Jersey is pretty fantastic. Oh, and one more thing, we have Wawa’s everywhere.

However, riding a motorcycle in this area does present a few unique challenges that make staying on two wheels a bit difficult. This list is in no particular order, but you may be able to tell what sets me off the most.

If you have ever been to Florida and wonder where all those old people come from, they most likely hail from Jersey and other sections of the tri-state area. While we all love our grandmothers cooking, having to ride through a sea of people who can’t see and whose feet hurt is just plain scary.

Since the driver of the Buick in front of you cannot see or hear properly, there is a good chance they have no clue you are near them. I have startled many elders be simply being near them which results in an unexpected brake-check or lane-swerve. This can be mildly bottom-clenching.

What really causes problems though is when your grandmother drives too slow. Bottling up traffic and causing other motorists to rage is what old drivers do best. While riding through Medford the other day, I was stuck behind a line of cars traveling at a solid 35-37 mph in a 50mph zone. Looking through the cue, I could see the beige Honda CRV causing the delay. Every driver in front of me was tailgating the person in front of them and swerving into the far left edge of the lane to see around jam. This was a very dangerous situation and I quickly bailed onto a back road.

I know the driver of that Honda was just a sweet old lady heading to CVS to grab her month supply of pills, but she was the cause of multiple drivers shaking fists, honking, swerving, and all types of other aggression. Each one of these can be an issue to the poor biker who just wants to find some twisty’s to carve through and suddenly is being tailgated out of aggression.

Now I understand that I might catch flack for picking on foreign drivers, but the truth is the truth. The area I live in has a high population of Asian and Indian people. While having an abundance of epic food and other cultures around me is great, riding around people who do not understand our driving laws can lead to truly terrifying situations.

A great example of this was last weekend when I was coming home from visiting my friend Jamie and her boyfriend Pete. I was in the far-right lane of a major road (Route 73 for my fellow Jersey folk) and a driver cut across four lanes of traffic to try to make the turn I was in position to make. This resulted in the two cars in front of me slamming on their brakes and me having to jam on mine as well. My rear locked up and I managed to hold the slide until righting myself. Since I was making the turn this driver was making as well, I kept extra distance behind them since I could tell something was off. The driver then proceeded to come to a sudden stop in the middle of the road, leaving me to pat myself on the back for staying back so far. I decide to go around the vehicle and get away from this driver. As I pass, I look into the car to see what the problem was, and all I saw was four elder Indian people looking very confused. They were most likely lost and in need of directions, but instead of safely pulling over, the driver was just putting other motorists lives in jeopardy.

I understand that by stating a group of people are bad at something seems brash, but incidents like this happen all the time where I live. I thoroughly believe that people coming from countries with less developed motor vehicle training simply get confused when on our major roads with Jersey drivers that are always in a rush to hit up Pancheros. It is nothing against their culture or anything like that, it is simply an observation of driving abilities.

While many suburbs in South Jersey are known for their affluent nature, there is clearly not enough money being collected in taxes to keep our roads maintained. Add that to winters which hit us hard enough for snowplows to cut potholes into the road, and it can be tricky to navigate even major road networks.

Unless a road has been re-paved within three-to-six months, you must constantly scan for cracks, creases, weird paving lines, holes, horrific cross-lane speed bump things (drive down route 70 in Cherry Hill near the Triplex and you know exactly what I mean), and debris. What is surprising is just how quickly the roads deteriorate. The state does not seem to pour the asphalt thick enough, so after one winter, new roads are already damaged.

Now on my bike, I have mini floor boards that allow me to easily stand up and get over large bumps very comfortably. Sport-bike riders might have a less enjoyable experience trying to hang on.

This particular peril does not affect all riders, but if you are plagued with pollen problem like myself than South Jersey can certainly be unpleasant. Following our winters, Jersey goes through an explosion of pollen around April which paints all vehicles green and turns thousands of eyes red. In a car you can have your box of tissues and eyes drops easily handy nobody can see you suffering. Wearing a full-face helmet and protective gear means you are layers away from a tissue which means you will sneeze inside your helmet and you will be thoroughly disgusted with yourself. Then because you have a full-face, you will be riding around, still probably sneezing, looking for a place to pull over and remove your helmet to fix yourself. Once you finally pull over and take off your gross helmet, you then discover that you did not restock your tissue pocket and only have your sleeve to clean your face with. While this has NEVER happened to me, at all, what so ever, I wouldn’t know just how embarrassing and disgusting that scenario is. 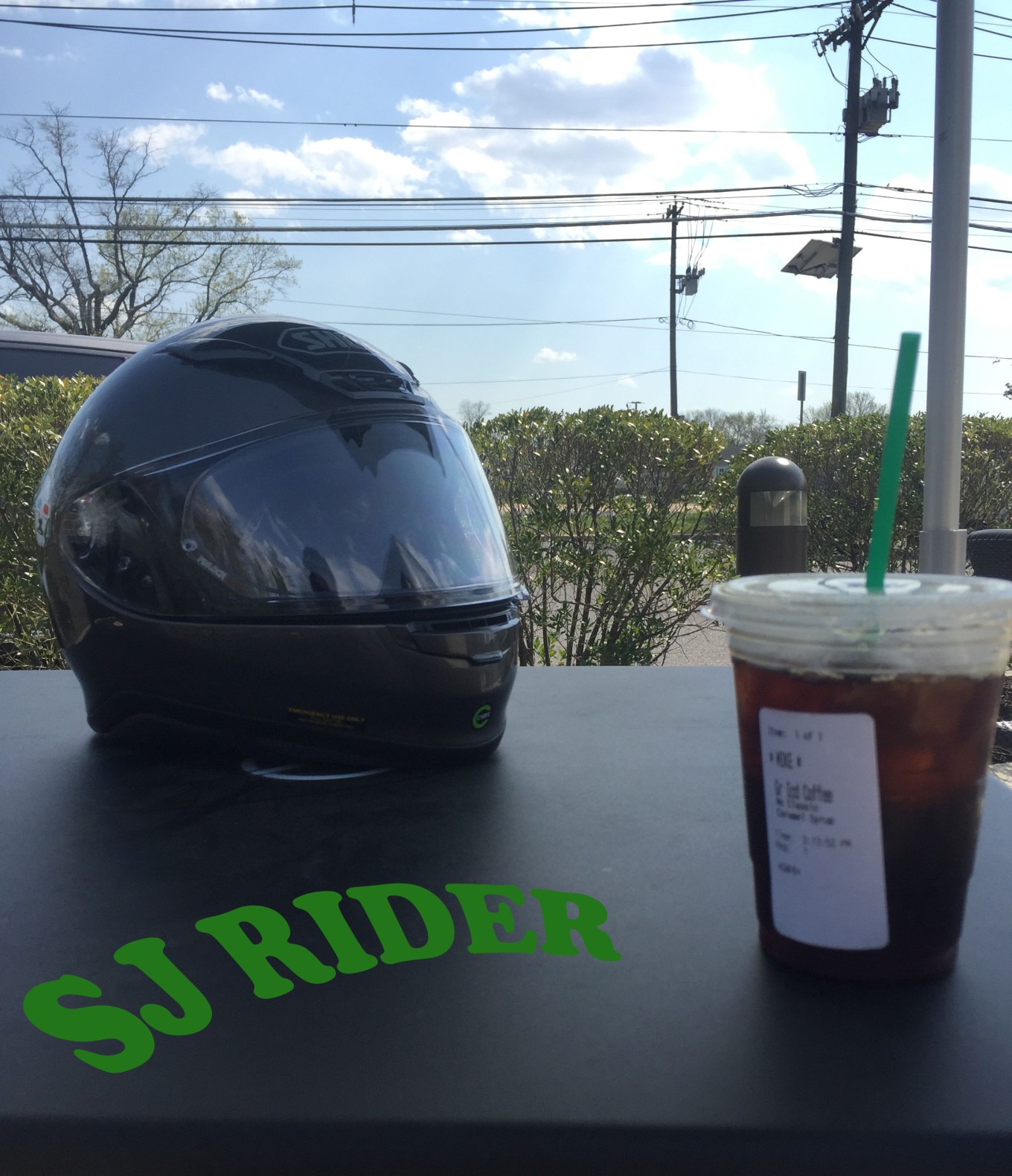 Motorcycle blogger in South Jersey. Looking to get fat off good food. Are their any other people in the 20's riding cruisers anymore?

Want to contact me? Need to ask me a question to which I have little qualification to answer?